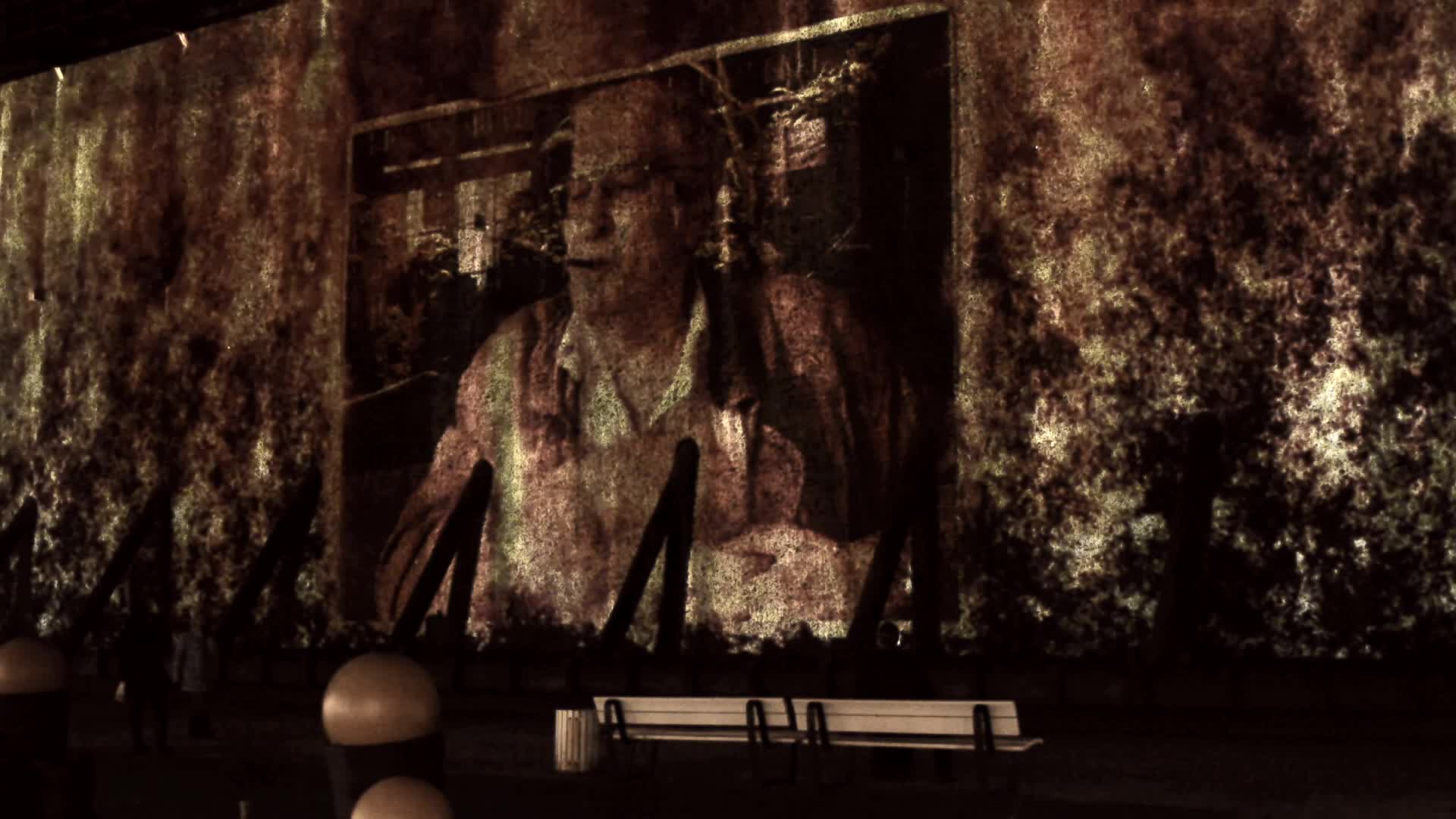 A big wall is lit by virtual flames. The visitors can upload pictures from their private mobile phones to this fire installation. The pictures appear within the projection, catch fire and burn irrecoverably. The transmitted pictures are deleted on the mobile phone as well so they vanish completely.

The pictures we take are almost all digital by now. And data storage has become so cheap that we rather tend to hoard the images we shot instead of sorting them carefully. We even upload some of our private pictures to public networks where they can be viewed by many and are potentially never forgotten again.

Apart from the fact that we enable others to partake in our lives, private pictures and texts are more and more often scanned for usable information by third parties using digital algorithms.

Against the acquisitiveness of personal data by ourselves and the providers of so-called social networks, I'd like to stimulate the delight for digital oblivion and personal remembrance. With this wall of digital fire, I'd like to give the impermanence, the constant farewell from the here and now and the private memory a chance.

The term "Feuerwall" (wall of fire) does not correspond to the English term "Firewall" (fireproof wall). I am referring to the military strategy of igniting an impermeable wall of fire between yourself and the enemy so that the terrain is rendered impassable. In this sense I appeal for the following:

Refuse the algorithms that are increasingly trying to analyse our behaviour at this point. Hand over your data to the digital flames so they may remain contained in yourself and are not dissected on the table for presents of current and future data hunters and data stalkers.

App of the project: feuerwall.net

This work was on display during the fifth lichtsicht projection biennial in Bad Rothenfelde, Germany, from September 18th 2015 to February 7th 2016. It was shown again on the occasion of the 10th anniversary of the lichtsicht biennial in 2017/18.

short external documentary about the work (first half of video)