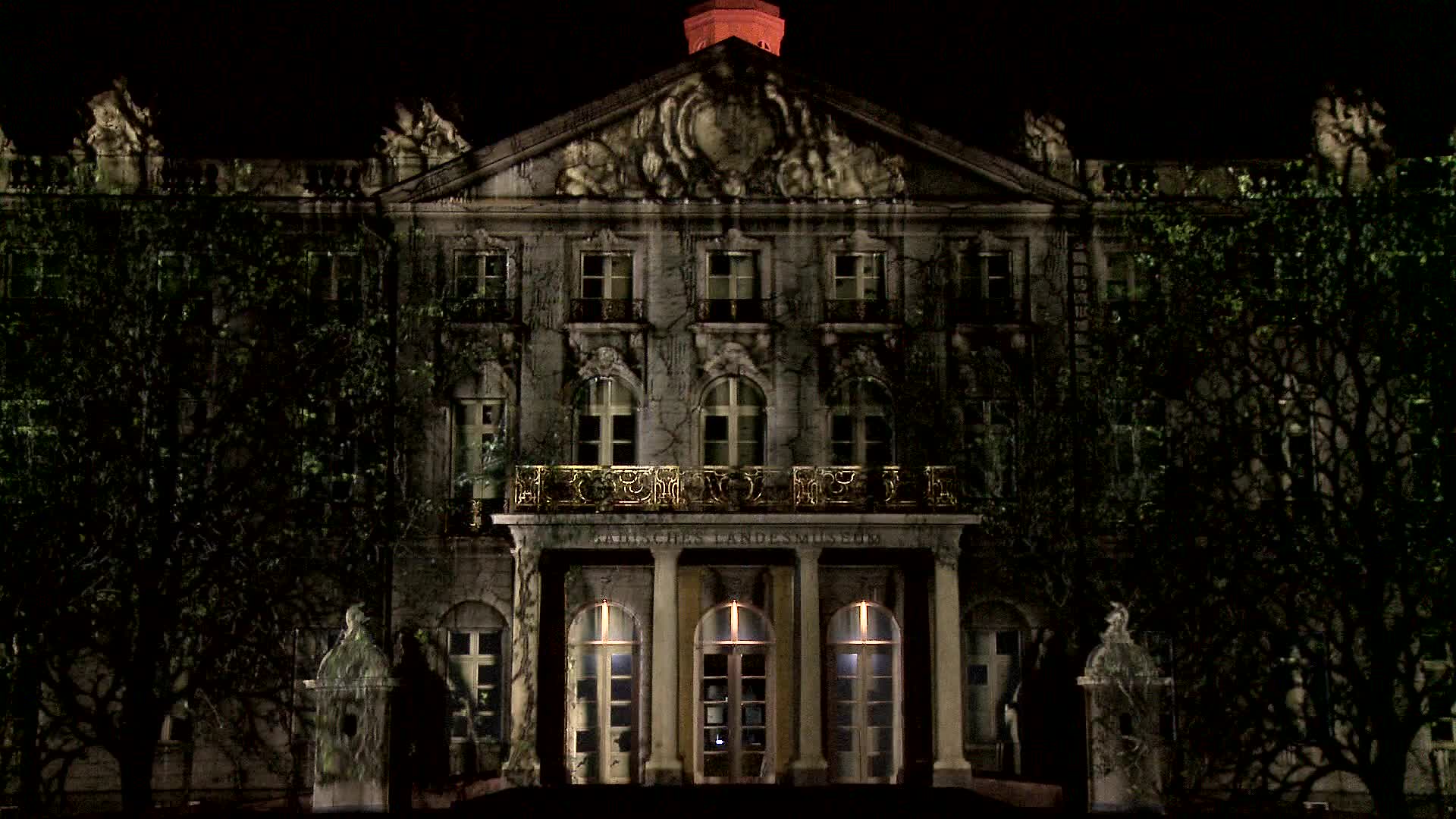 Excerpt of the work on the castle of Karlsruhe 2015

How could the facade of Karlsruhe's castle develop if we vanished overnight? How would it possibly look now if it had been abandoned three hundred years ago? Using projection, the castle of Karlsruhe slowly transformed into a kind of sunken temple.

There was an interactive space in front of the castle from which the observer could cast artificial shadows onto the facade and interact with the elements of the projection.

The work was on display from August 22nd to September 11th 2015 during the “Schlosslichtspiele” of Karlsruhe, Germany. Later on, a documentation was projected onto a minature model of the castle at the ZKM.

Sketch of the work, camera by Christian Wening

Thank you to everybody who contributed to this work: