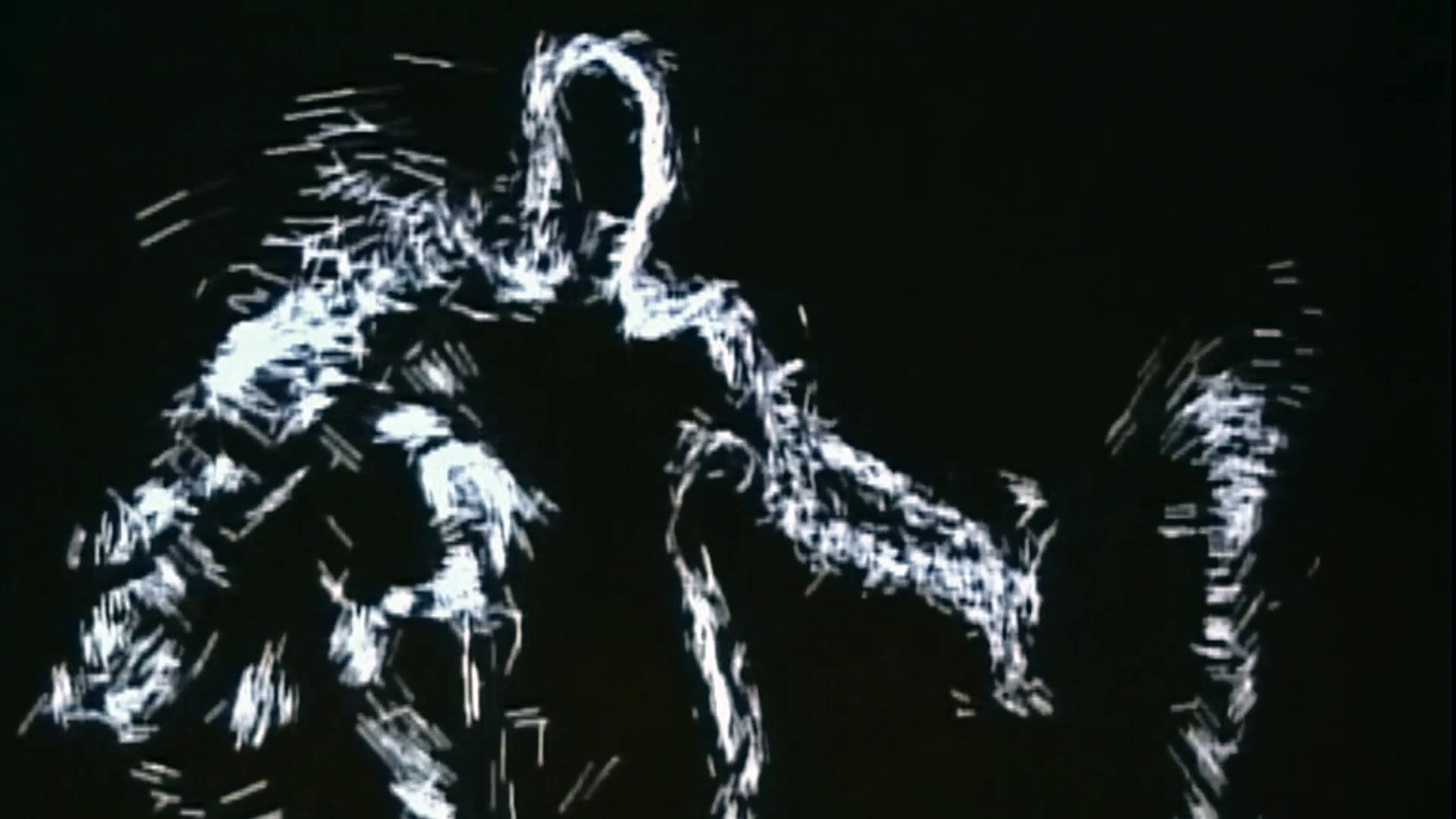 fluidum (lat.) something fluid, a fluid body, e.g. the hypothetical electric f. once considered to be the essence of electricity. In a similar way, the fluidum of nerves was spoken of as the essence of nerve activity and the term was also transferred to mental affairs: the fluidum of an artist, meaning the electrifying projection of the artist's view on others. Meyers Konversationslexikon 1898

fluidum 1 created in 1999 was the first in a series of interactive works reacting on infrared video images. The observer faces his contour, sketched by some thousand lightpoints which are attracted and flow along the mirrored silhouette.

The altered self-image in the digital mirror allows a change in the relation towards the own body and motion and the two-dimensional abstraction of the body to a flowing silhouette accompanied by a meditative soundscape creates an atmosphere in which people experience themselves as connected and transfer this feeling to their behaviour in the real world.