the silent chaos of colors 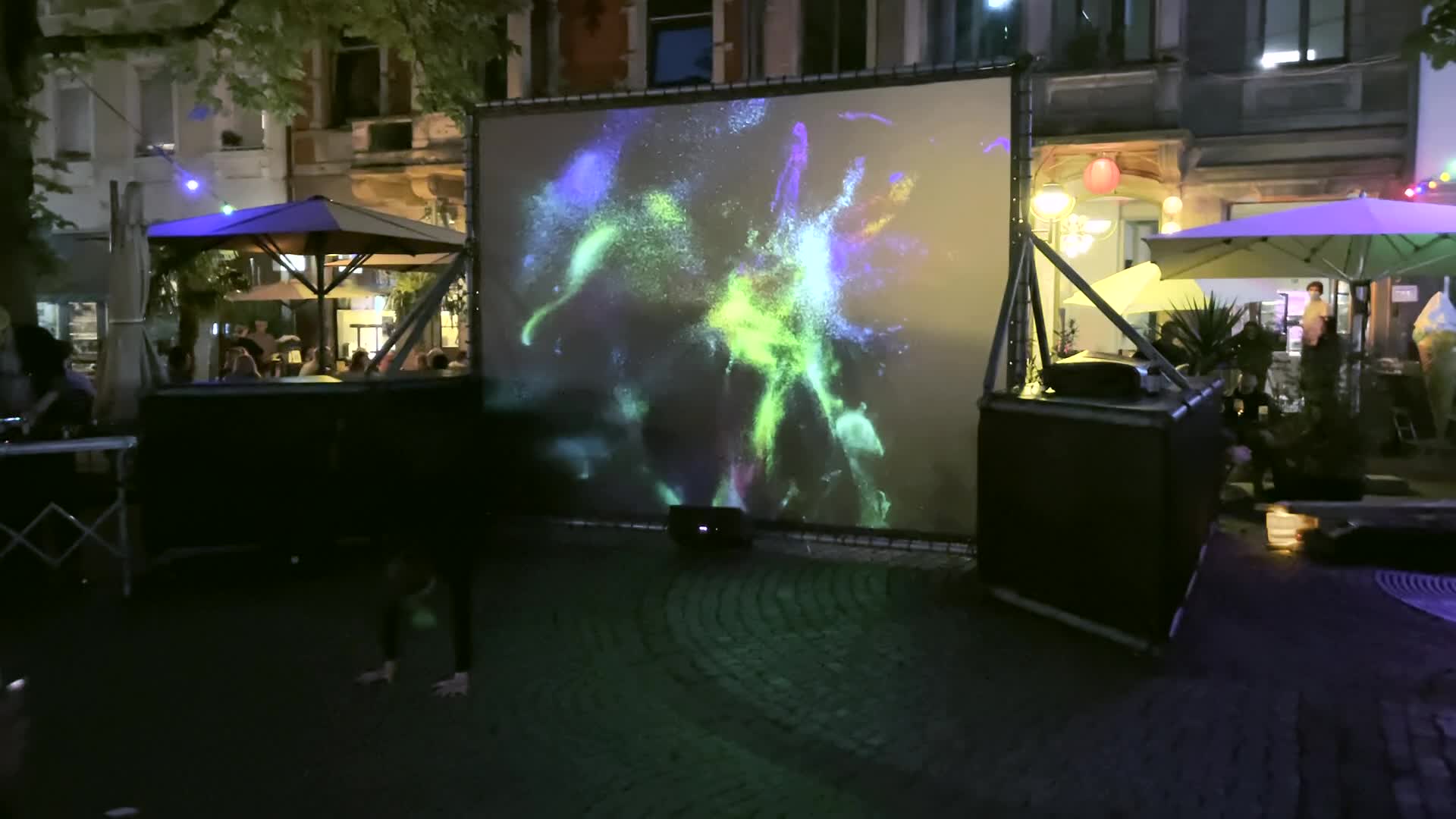 We – Eva Judkins (Electric Eel) and Holger Förterer – wanted to revitalize the Werderplatz in Karlsruhe. From September 17th to October 10th, 2021, between 8pm and 11pm, we established an interactive projection in the center of the square. The projection was reminiscent of the blaze of colors of the Holi festival, in which different people throw colorful powders at each other. Within our projection, the interacting participants are visible as silhouettes. Through their movements, they can create and throw color particles that stick to other participants.

On the evening of September 17h, 2021, the installation opened with a short music and dance performance by Barbara Kron and Magnus Sauer. 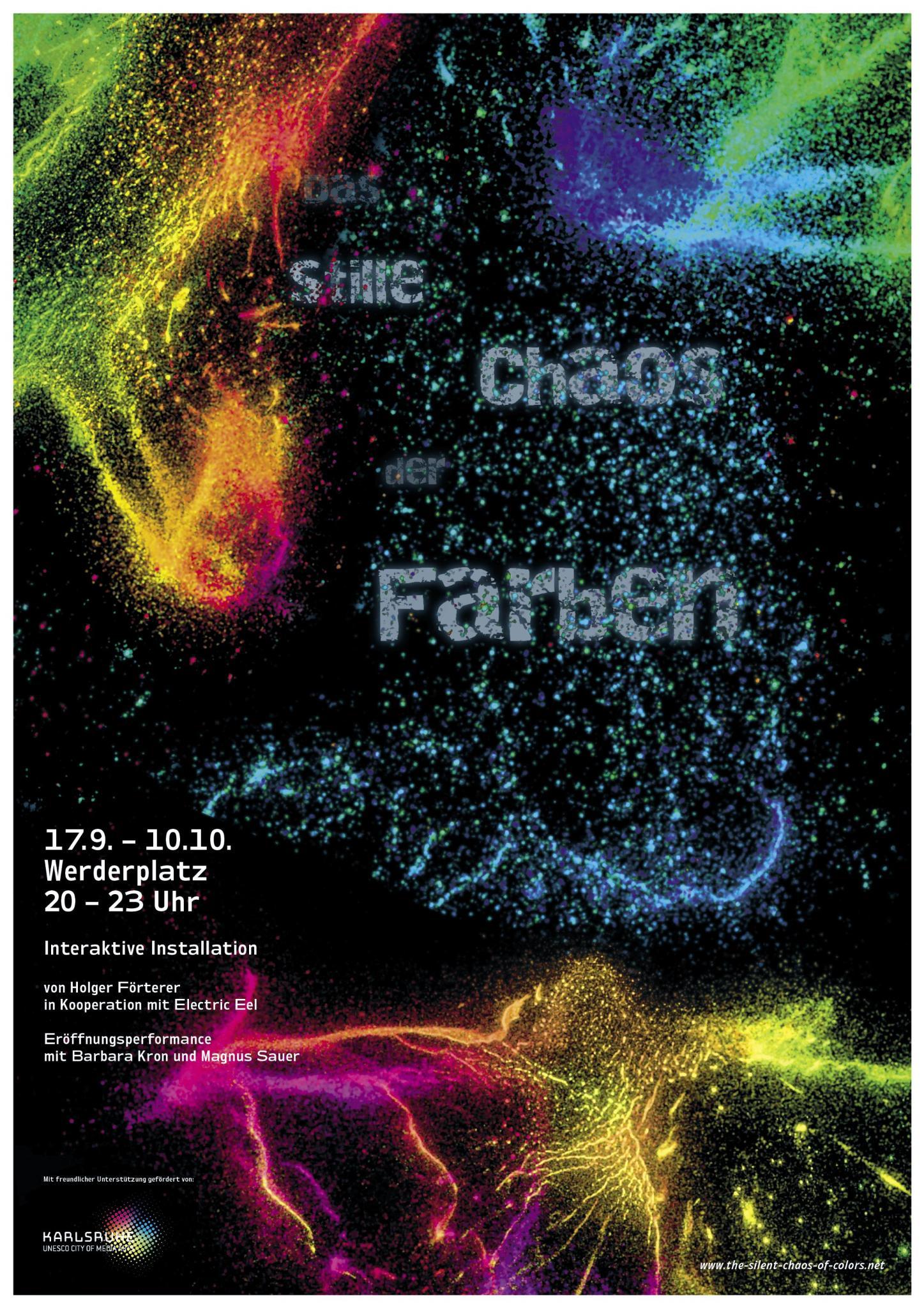 The Werderplatz is unsurpassed in its ambivalence in Karlsruhe. Low priced rents in the south city attract young families, students, artists and musicians. Foreign and seasonal workers rent rooms temporarily, even small owner-operated shops can survive for a long time. The Werderplatz is one of the last squares in Karlsruhe that still "functions", on which life still exists. But it is also marked by the hardship of its neighbors, the poorest of the poor, the junkies and alcoholics.

To address this problem, the city already initiated two city development processes with participation of the citizens (2002-2004 and 2014-now). One result was, that the citizens desire new, different offers for activities on the Werderplatz. Our work fosters the sensing and the use of people's own body. Through the very easy, playful access, everybody, from kids to senior citizens, passerbys or cyclists, delivery or cleaning men and neighbors can all interact together.